The Corona Files: We did go too far! 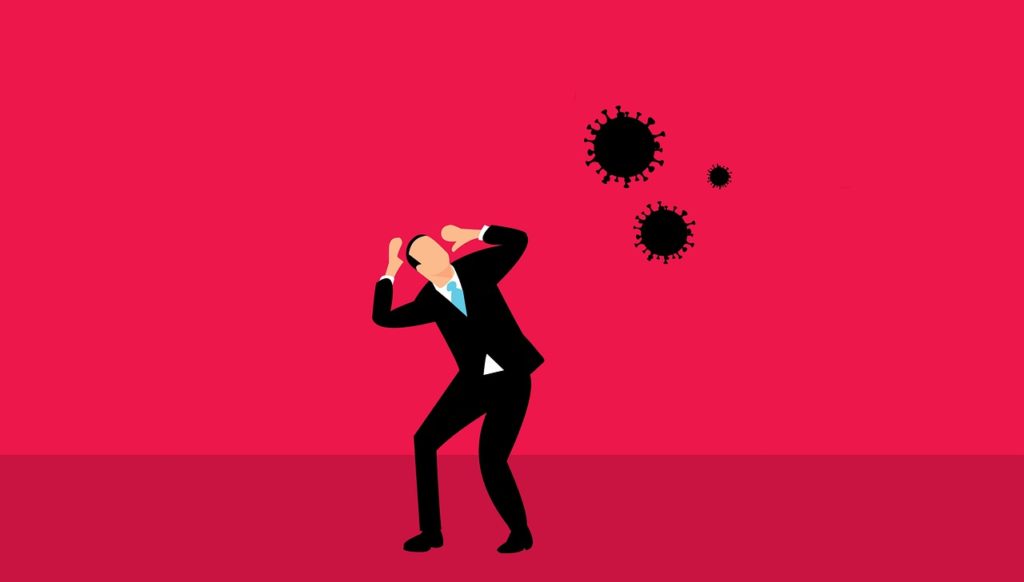 Johann Wolfgang von Goethe wrote a poem that is called “The Sorcerer’s Apprentice” and when I went to school, we had to learn it. I did exceptionally badly that day and got the worst mark on reciting the poem that I ever got in my whole school “career”. So it is a poem that I will never completely forget. One of the lines is “Die Geister die ich rief, werd ich nicht mehr los.” and that translates to “The spirits that I called, I can’t get rid of anymore.”

We are clearly still in the middle of the Covid-19 crisis (some think we are only at the beginning of it!), but a lot has happened and I am genuinely and deeply concerned about the long term effects that policy decisions had already and will have on our behaviour to each other.

The “We are all in it together!” is long forgotten and fear and panic has replaced the we-will-fight-through-this attitude from before.

I came across a whole range of scenarios that worry me! Here are just a few examples:

Over the Easter weekend when the much stricter restrictions where in place a friend of mine and his partner went on a food shopping trip for his and her parents who are elderly and are cocooning. Because they live a little bit apart at the outskirts of Dublin, they had to travel a bit to shops and then to deliver the food. On their way, they were stopped at SIX garda checkpoints and they were never able to deliver the food. On one of the checkpoints an ill informed garda gave them nearly the full “E-E-E-E” treatment that was used as garda strategy that weekend. The four Es is Engagement / Explain / Encourage / Enforcement. (www.rte.ie/news/coronavirus/2020/0409/1129677-what-to-expect-from-gardai-during-covid-19-restrictions/)

They were told that they are NOT allowed to drive to their parents to bring them food despite the fact that “caring for the elderly” was clearly classed as ESSENTIAL during the Covid-19 crisis. They were also threatened with legal action if they don’t turn around. Nonsensically, the garda told them that instead they should bring all their shopping to the next garda station so that the food would be delivered by gardai to their parents. (There was no answer on how to deal with frozen food.)
Maybe this was just ONE garda on a power trip or an extremely badly briefed garda? But at another one of the six checkpoints, they were berated by a garda because two people (who live together!!!) were in the same car. :-O There is no rule or law in Ireland that disallows that.
By the way: They had to give up and turn around to avoid being prosecuted or arrested…and the parents didn’t get the food for Easter!

A situation that was not related to Covid-19 forced me to be in A&E in a Dublin hospital 2 weeks ago. I was there with my partner and as it is normal and natural during the waiting period and between examinations we sat next to each other and talked about what happened. The shift of the office based A&E staff had changed and the new admin at the reception had taken over. 10 minutes later he spotted us and came running out from behind his glass screen, shouting at me for not keeping a social distance. I explained to him that this was my partner who I live with. But that didn’t stop him! Instead he got even more excited and told me that this does not matter in the slightest. We are in a hospital and therefore have to keep a distance of 2m from each other.
He either didn’t understand the rules OR he was taught nonsensical rules and didn’t question them.

“If people meet and don’t keep the distance at the moment, they could infect others. The infected people could die. So meeting others is akin to murder!”

I am lost for words in this case. How can any sane and sensible person draw that conclusion?? The person who wrote that clearly lost all reason and I can only conclude that this is caused by a blinding fear.

4) Attacking the people who help!

Luckily we have not reached the lowest of lows in Ireland: In the UK, Health Care workers are being attacked and abused for being “virus spreaders”. Tires of ambulances are slashed and cars of hospital employees are damaged. The ITV news on 15 April had this report:

How can it come to this? My guess is: Irrational fear, stirred by sensational media reports. This is shocking stuff!

At some point in the not toooo distant future, we will have to go back to offices again and kids will have to go to schools. But the virus will not be gone! So how will we deal with that?
In Denmark, where they are a little faster with lifting restrictions and thought about letting young children return to school first, rapidly 18,000 parents declared that they will refuse letting their kids go back to school.

How will we deal with a loosening of the restrictions? Will we also refuse to go to work? Let kids go to school? If a vaccine is another 12-18 months away, will some of us lock themselves in at home and refuse to go to work until then? How will YOU react when you have to go back to work? Enter a room again with other people inside?

In my opinion, we have definitely overdone it! We have over-egged the pudding!! And it is all based on fear that has been whipped up by our authorities, lead by the government and advised by medical officers and epidemiologists.

Don’t get me wrong, I think the lockdown was the right thing to do, BUT what did the Taoiseach do to “incentivise” the country? He said on 09 March that in Ireland 85,000 people could die from the Coronavirus. (www.independent.ie/world-news/coronavirus/up-to-85000-irish-people-could-die-from-coronavirus-in-worst-case-scenario-taoiseach-indicates-as-three-more-diagnosed-39029363.html) This was not wrong information, but it was information that was used to get us worried so that we would adhere to the restrictions.

Later on, language was used that suggested to us that our lives were in serious and immediate danger. All measures were “to save lives”. “Stay home stay safe!!” This is also not wrong, but we can’t be surprised that then many look at the other people on the same footpath as a threat to their life. Or when leaving your home to go back to work is seen as risking ones life.

And now you see where “The spirits that I called, I can’t get rid of anymore.” becomes relevant! We over did it! We became so fearful that the care that people showed for each other in the beginning turned into people being prepared to report their neighbours for the smallest Covid-19 rule infringement.

It is a little early to think about things going back to “normality”, but what type of society do we want when we are going back to a sort of normality? If you have certain preferences, don’t let others pound fears and believes in you that are counterproductive!

Assess for yourself and judge what makes sense and what doesn’t. Then check with people that you trust if your assessment is reasonably and logical. Be prepared to learn and to speak up if necessary!

Oh and never ever forget that MOST others don’t do the (questionable) things they do to hurt or harm you, but because they don’t know better. Always be compassionate!