If you live in Dublin, this is NO surprise to you: Dublin is crazily expensive and there is no proper justification for it.

Now even knowing that and being exposed to it every single day, sometimes you just come across something that puts it right in your face again. Today it was an e-mail from Riu Hotels. Riu Hotels is an international hotel chain founded by the Spanish Riu family in 1953 in Mallorca and now owned by TUI.

Not tooo long ago, the Riu Hotels group bought the Gresham Hotel in Dublin’s O’Connell Street and today I got an e-mail from them because I signed up as a “Riu Class” loyalty scheme member. (Don’t ask me why I signed up! :-) Yes, I stayed once in Riu Hotel, but it is not that I often stay in hotels and I have no specific preference for any chain anyway, but I am digressing.)

So that e-mail lists some special offers for Riu Hotels and the list goes:

I didn’t look into details and conditions of these special offers, so there could be some differences, but isn’t it just typical that out of five hotels worldwide, the MOST expensive one is the one in Dublin!?

There has been a Dublin Edition of Monopoly since the 70s, but a brand new edition has been revealed and there are some changes to the previous version. Originally Ailesbury Road in Dublin 4 (not Aylesbury in Tallaght!) was the top spot, this has changed and now the top place is the GPO. Ailesbury Road’s reputation as the most exclusive area has indeed gone down in recent years, but the GPO as the top spot is not necessarily a good replacement!

It seems that the creators of the new Monopoly tried to pack as many Dublin locations onto the board irrespective of their fit! Monopoly always differentiated between expensive and cheap, but if all places that have a high recognition factor are in expensive areas, then some incorrect categorisation is bound to happen.

Do mistakes like that dilute the Monopoly message? I think so! But imagine a really poor area of Dublin had been chosen for the lowest priced field? People in that area wouldn’t be too impressed!

Rabo Direct Ireland is closing shop and leaving us behind

There was a time when the Rabo Direct bank was the new and cheeky kid on the block. A bank that didn’t have complicated and sneaky rules and that gave customers what they really wanted from a bank. 90,000 people became (or are still) customers but over the last few years it got quiet around Rabo Direct. No more advertisement, no new attractive offers, just quiet. This week we found out why: Rabobank lost interest in Ireland and on Wednesday they announced the final chapter, which is their closure and departure from Ireland by 16 May.

Surprisingly only 31 employees will be let go, but 90,000 customers and sizeable 3 billion of deposits are affected.

The bank explained that the reason for the departure is a decision by their Dutch parent Rabobank Group to simplify the business model across the world and reduce costs, but you can’t help it and think that Ireland was just not interesting enough anymore. Will we end up again with just the “old style” banks like AIB, BoI, Ulster Bank and Permanent TSB. The bunch that was always here and that doesn’t know what innovative services and customer focus means? :-O

More details of this story is on this RTE News website.

Are we booming or busting? – The confusion about the “current financial climate”

A friend posted a notice from a small business in Dublin on Facebook. The business (the name or sector is not relevant for this post) closed its doors on 31 January and the explanation for the closure started with “due to the current financial climate”. Interestingly, that business was in the same part of Dublin where a 3-bed apartment on Daft.ie has a rental price tag of EUR 3,800 per month and it was not a million miles away from a number of areas in Dublin, where the pubs are booming like mad.

If we talked about a place far away from our world, we would wonder what is going on, we would be puzzled!! Why are there these type of significant contradictions happening: One business closes due to “the current financial climate” and other businesses are booming and house and apartment prices are higher than they were before. But it is just around the corner from us, in the middle of our life and neighbour hood. So are we booming or busting?

The answer is most likely that we are BOTH in a boom and at the same time still in trouble. There are some companies who are (still) in trouble, some because they were not made or managed to be ever successful and others because the people running them are still in the mindset of “trouble”. But other areas are just ignoring that and it seems to work for them.

The “current financial climate” is still in the head of people while at the same time they are prepared to spend like there is no tomorrow. It also seems that we have a new split in society with one part being still – at least partially – in the bad financial climate, while the other part is riding the crest again. Nearly all formerly bankrupt or at least “NAMA-treated” developers seem to be back in buying mode! :-O

Where does that leave us? It leaves us in a weird and eerie twilight zone of a “boom-bust”, where the emotions about the economic situation might influence us more than the actual facts.

It’s a pity about that small business, because without a doubt dreams and hopes were dashed, replaced by disillusionment and despair.But I would also guess that that small business had made it through harder times a few years ago. Maybe they just reached the point were they couldn’t take it any longer? 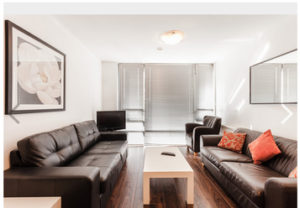 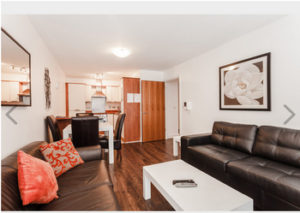 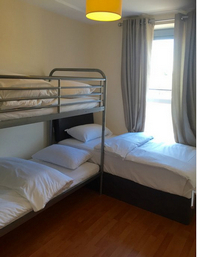 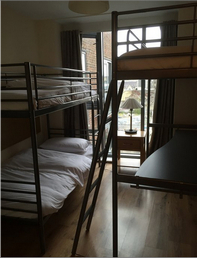