The Corona Files: Covid is staying … get used to it!

01 May 2020Written by Joerg Steegmueller 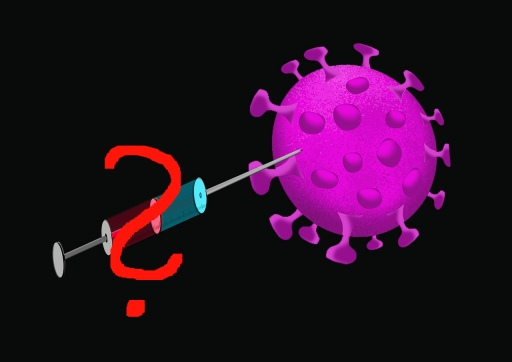 People in Ireland are a friendly bunch, and dealing with others on a first name basis is absolutely normal (apart from in very formal settings). So, since Covid-19 has moved in and isn’t leaving soon, let’s call it by its first name. Hi Covid! Welcome to Ireland!

How does reading that feel in your gut? For many, this might feel VERY uncomfortable. Imagine welcoming British doctor and serial killer of at least 218 people, Harold Shipmann (www.biography.com/crime-figure/harold-shipman), with a “Welcome to Ireland, Harold!”. It just doesn’t feel right!

But during the week, I listened to my daily schedule of virology podcasts and one of the doctors said something really interesting. He said: “Many of us think that the flu is harmless, but this is completely wrong. The flu (also known as “influenza” virus) is a dangerous and often deadly disease.” He then continued to explain that the flu spreads quite fast, it kills people (often through pneumonia) if they are in a high-risk-groups (i.e. have underlying illnesses or are of advanced age) and it can “get us” at any time between October and March.

If some aliens landed on Earth and you told them about the flu, they probably would be VERY VERY afraid. But for us Earthlings, the flu is NORMALITY. We got used to it and it is nothing we think overly about. You probably had it at some stage and you might even know people that died from it. (Although it was probably said that they died of pneumonia or something else that was caused by the flu. It is unlikely that someone said that that person died of the flu.)

But despite that deadly disease (flu!) among us, we do not change our behaviour much during the flu season. MOST of us have never been vaccinated against the flu, at least not if you are young-ish or not in a healthcare profession or risk group. If it hits us we take it on the chin, are out of action for a few days and then go back to work when it is over.

And there are other dangerous and life threatening things that we willingly accept in our lives. Car accidents, plane crashes, smoking, drinking, overeating, “under exercising” and many other things kill people on a daily basis and we all have directly or indirectly been affected or at least know someone who has directly or indirectly been affected. But we still don’t freak out too much over it.

I have no intention to compare the number of deaths and claim that Covid is harmless, it isn’t! But what struck me when I heard the virologist talk about the “normality” of the influenza in our life was the fact that the presence of Covid might just become a new normality! :-O

A yearly or even permanent risk that has to be minimised by certain actions (like using seat belts when in a car), but something we will get used to (because will HAVE to get used to)! And in a few years, it might just be normal to talk about Covid as we talk about the flu today.

Someone born in Ireland today, has an average life expectancy of 81.5 years. This is an average, no promise and certainly no guarantee and many do not reach that age. But in 1960, the average life expectancy in Ireland was just 69.80 years. And in 1946 it was below 60 and in 1900 even below 50. Imagine, on average you only lived until 50 if you were born in 1900! That is a very young death from our point of view today. (Source: www.esr.ie/article/view/730/157)

So from 1900-2020 we removed so many risks and dangers and we improved the health system so much that it resulted in an increase of the life expectancy of more than 30 years. That is a big achievement, but nothing that was guaranteed. If we are honest, we expected that it would continue to go up and up and we NEVER considered that there could be a setback.

Covid might have changed this and will probably put a dent in the graph!

However, it is still completely normal that we will have to die one day and that fact will not change – at least for another long while. What Covid has done is that it has added another risk factor to our lives and my prediction is that we will get used to it

So the real question today is not “How much longer will it take until I can go back to work again?” The real question is “What do we have to do to continue life with this new normality?”.

So, Covid is here to stay! Now we have to find a way to get used to it! …and at the same time again try to reduce the risk of a new danger while still continuing our lives.

And just to pre-empt that question: No, we are not doing that at the moment! Currently the politicians and doctors in Ireland are trying to REMOVE the risk and therefore have decided to lock us in for another while. They are talking about lifting the restrictions “when it is safe”. But this is not the solution for the future if you accept that it might never be safe. It is like saying “We will let you use your car again when it is safe.” or “We will let you smoke again when it is safe.”

And a final warning: Do not hang all your hope on the discovery of a vaccine! There is still no 100% effective vaccine for Influenza A or Influenza B. Pharmaceutical companies guess every year which strand might break out and combine bits of a number of strands in a vaccine to hopefully cover the one that will hit us that year.
Also, there has never been a vaccine for SARS-1 or for MERS and Covid, which is SARS-2, will most likely mutate so much as well year after year, that there might never be a 100% effective vaccine. Oh, and remember, there is also NO “vaccine” against most cancer types despite them being around for so many years and despite their devastating effect on the life expectancy graph! So it is definitely possible that there will never be a 100% effective vaccine.

And that is another reason why we have to think about this new normality in a way where there is no going back to the old normality.