Ireland is riding the wave! In a BAD BAD way! 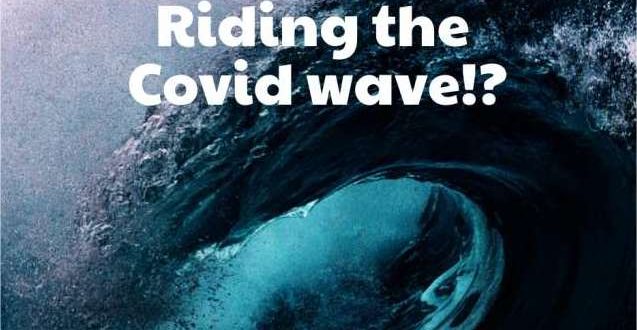 21,926 new infections today and that is not even the highest number in the current wave. But for tiny Ireland it is a HUGE number! A good reality check is always to compare it to other countries assuming that Ireland was their size, so let’s have a look how we fare:

Let’s pick some of the worst affected countries in Europe and the USA. The list below shows their respective population and also the factor with which we need to multiply the Irish cases):

Applying this multiplication factor to the Irish new cases number will get us this:
If Ireland was the size of……. we would have……..cases.

21,926 is a BIG number of daily cases but when we look at absolute number we could think that it is not sooo serious. But let’s now compare the “if Ireland was the size of…” numbers with the REAL numbers and I picked the highest number from the other countries from the last three days. (All data taken from Worldometers.info)

If you compare these figures, Ireland is doing ATROCIOUSLY bad! The numbers here are higher than in ALL the “badly affected” countries above.

But maybe the other countries had their peak at an earlier time and Ireland is just a little behind!? Possible, right?

(Spain has reported 372,766 cases on 03 Jan, but since they accumulate the cases from the last three days in that number, I left this week’s number as the highest.)

The only country that EVER had a higher number of new cases than today’s Irish case numbers is France.

We were all shocked when we heard about the 1 million cases in the USA, but if you put in in proportion to the numbers in Ireland, then the USA is doing quite well. We are significantly worse than the UK or the USA, but we shake our heads over the situation across the water to the East and the West.

And compare the Irish numbers to Germany!?!?! How can Ireland do THAT bad?

What went wrong? Why is Ireland doing sooo badly? Did the government and NPHET totally fail us? Are they absolutely useless in the current situation? A shower of useless %&*$§?

Or are they guilt free and all blame is with us, the people who live in Ireland and party and meet up like it is 2019?

And WHY do our media outlets (or the opposition parties) not run comparisons like the one above to show how badly Ireland fares and then demand answers from the people in charge?

And it gets worse! The Irish Times reported on 06 Jan in an article entitled “Tens of thousands of infections not captured in official figures” that since the beginning of December at least 380,000 maybe even up to 500,000 were not captured, according to official figures. So with 31 days in December that means that the daily new cases were underreported by between 12,000 and 16,000 cases. And that means we could have DOUBLE the currently reported numbers. SHOCKING!