The Corona Files: Do we really need a Lockdown?

The numbers are still growing like crazy and the situation keeps being very very difficult:

There are now nearly 600,000 confirmed infections and 27,358 people have died as a result of a Covid-19 infection. More than 900 deaths happened in Italy alone and the peak has not yet been reached. The USA and Italy have well surpassed the infection numbers of China, but the apparent total halt of new infections in China raises a lot of doubts over the accuracy of the reporting from there.

And last night (Fri 27 March 2020), Taoiseach Leo Varadkar announced the Lockdown for Ireland (www.rte.ie/news/2020/0327/1126904-taoiseach-announces-restrictions/). A Lockdown that many expected, but nobody wants! 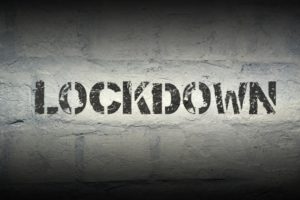 Until Easter Sunday (12 April 2020) we are now not allowed to leave our homes unless leaving the home is for one of a few specifically defined reasons.

These specific reasons are: for work (if the work is essential and cannot be done from home); to buy food and household goods;  to go to a doctor or buy medical/health products; to care for others (elderly & vulnerable) or for animals AND also for brief physical exercise, but only within 2km of your home. And there should be no travel outside of 2km from your own home unless for any of the above reasons.

ALL Private gatherings with people outside of your own home are prohibited and cocooning of everybody over 70 years of age will be introduced.

This is drastic stuff and you have to wonder if it is justified or necessary. Other countries in Europe already have implemented comparable restrictions and in Italy, for example, the fines are up to EUR 3,000 if you break the rules. In Germany the fines (at least theoretically) go even up to EUR 25,000. :-O

I have to admit that when governments force restrictions like that upon their people, I am very VERY skeptical. In “normal” times, I would be outraged, but these are NOT normal times.

So does it make sense to restrict our freedom in such a way? Let’s look at the reasons and let’s search for possibly doubtful claims in the announcement:

Firstly, the idea of Social Distancing and of the partial closing down of our lives was to reduce dramatically the spread of the virus. Because it remains hidden for 5-14 days where the carrier can infect others but doesn’t show any symptoms yet, it is a high risk if virus carriers can keep moving around and continuously infect others. So the cycle has to be broken. It seems that Social Distancing, the closure of schools and work places has had a positive effect, but the National Public Health Emergency Team (NPHET) considered the further increase of infections and deaths and therefore didn’t want to wait any longer with the Lockdown.

This makes some sense: If a Lockdown was considered at all, then now is a better time than in 1 or 2 weeks.

Dr. Tony Holohan, the Government’s Chief Medical Officer, explained that it was found that infections were especially increasing in some clusters (he mentioned 10 nursing homes and other residential facilities). This is not overly surprising because people live together in a close space. But it is mentioned as one of the reasons for the Lockdown measures.

This does NOT make much sense: Because NONE of the Lockdown measures will affect or help these clusters. People in nursing homes, residential units or prisons don’t usually go to work or travel far or go to shops. So telling the rest of the population to stay within 2km of their home doesn’t seem to improve their situation.

The “cocooning”, however, makes a LOT of sense. Since it has been found that older age groups and people with health issues are severely endangered by the virus, it is the best idea for them to stay out of harms way and to wait until the virus has disappeared. Will two weeks be enough for that? I have some doubts. So the cocooning (which should have possibly happened even earlier) might have to last longer than 2 weeks, but it definitely makes sense.

We have to ask, who will be really affected by this Lockdown? Because the majority of people that I encountered on my very rare trips outside my home last week (one for food shopping and two for a walk) did very much adhere to Social Distancing. Based on the relatively few people I met and the very light traffic, I also think that the majority of us did already stay inside and away from others.

However, it seems to have been seen as a problem that people did go out for walks and cycles etc over the weekend and this also explains why the measures were announced on a Friday evening and why An Garda Síochána has announced that they have begun a “major nationwide policing operation” to enforce the new rules, which will (only!!) run until 07:00 on Monday morning.

There is not much wrong with reducing the Sunday good-weather trips for three weekends, if it will safe lives. But you could get the feeling that Leo Varadkar and Dr. Tony Holohan could have been more open (or honest) about the real reasons?

Some with some omissions in the provided information, with some claims that might not hold up and with some sense in the whole approach, what is the overall verdict about this Lockdown?

All things considered, I think the Lockdown is a measured and justifiable step to stop the spread of infections, but I really hope that the goal is not anymore to just “flatten the curve” (of new infections), but to eradicate the Coronavirus. I thought this might not be possible, but after thinking it through, I wonder if there is actually a way to eradicate it. After all SARS-1 doesn’t exist anymore! Could we stop travel and shut down life (as we know it) until the new Coronavirus has been eradicated?

By the way, the absolutely outstanding work effort combined with HUGE personal sacrifices of our healthcare workers alone requires us to think further than just looking to “flatten the curve”. And their dedication and trojan effort to fight against this virus is part of the reason why I think a bit of a Lockdown is a small price to pay if we we can help them fight the infections and deaths.

Let’s do this together and stick to the rules as much as possible!

Before the end of this post, I need to appeal to everyone to support the efforts through Social Distancing, but at the same time, not to go crazy over it! It is relevant and it helps, but it can be overdone:

I have seen posts on Facebook where three guys performed some songs together and a range of people had nothing better to do than to complain “loudly” that the three don’t adhere to Social Distancing rules! These three guys live in the same apartment! Seeing three people closer than 2m together doesn’t mean that they are selfish a**holes.

And Leo Varadkar said in his announcement last night that it is allowed to go for
“brief individual physical exercise, within 2km of your own home, which may include children from your own household, AS LONG AS YOU ADHERE TO 2m PHYSICAL DISTANCING”.
This was written down on his manuscript and I really hope that it was an oversight that this is total nonsense: If you go for a walk ONLY with people from your own household, the 2m distancing does NOT make sense. How come nobody realised that?