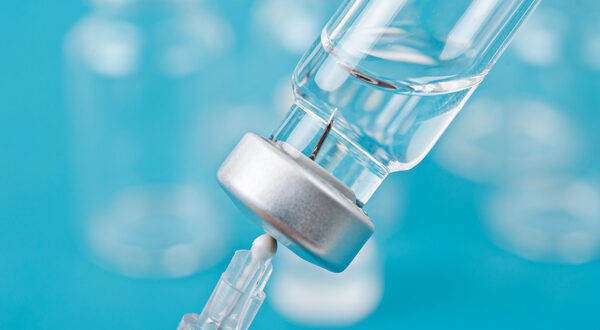 The newest information that reached Irish media is that all vaccinations with the Astra Zeneca vaccine have been put on hold over a risk of blood clots, that affected 4 patients in Norway and a few more in other countries. www.rte.ie/news/2021/0314/1203889-niac-recommends-suspension-of-use-of-astrazeneca-vaccin/

Sounds like a sound and responsible decision, right? Duty of care and all that. Well done, boys!

But then you look at the BIG picture and think back to February and also think about what else is going on and suddenly you realise that there is probably a lot more going on. AGAIN!

Here are the facts and conclusions:

Norway had 4 (FOUR!!) cases of blood clots. They are all in hospital and are being treated. In Austria one person died from a blood clot and one if in hospital, in Denmark one died (a second one is in hospital) and in Italy possibly also one death has been reported.

So that is a total of maybe three deaths and five people in hospital. 8 people out of 17 million administered vaccines. Maybe it is even 30 patients as the article mentions when referring to the European Medicines Agency (EMA).

That’s still not a lot and a link to the vaccine is far from clear, but yes, it probably makes sense to pause a clinical trial if you have some deaths. (Oh, you think this is NOT a clinical trial? Hmm, think again!! It is a mass trial and nothing else but an experiment!)

But let’s move on and remember January. We found out at the end of January that 33 elderly people in Norway died shortly after receiving their Covid-19 vaccination from Pfizer/BioNTech. But we were told quickly that this has NO relevance (www.wired.co.uk/article/norway-deaths-coronavirus-vaccine) because the patients were elderly and would have died anyway. :-O

We don’t even know if there were other deaths elsewhere in the world. Or maybe we do but we aren’t told? We don’t know in what state of health they or the others that possibly died elsewhere were in. We now their age and a conclusion was made. We just discarded the 33 old people in Norway and moved on. Not for a second the vaccination programme was halted.

This time a number of countries halted the Astra Zeneca vaccination and MANY countries followed quickly, because if ONE country stops it and someone dies in ANOTHER country the politicians and “experts” and the country where people died will be blamed. Publicity-caused ripple effect!

A blood clot is something serious, but there seem to be a number of different blood clot-caused issues that could have killed the patients and pulmonary embolism or deep vein thrombosis are the main ones.

As a side note: Between 1981 and 1999 a total of 5408 patients were admitted to hospital with venous thromboembolism (deep vein thrombosis) after they were on international flights according to a study www.ncbi.nlm.nih.gov/pmc/articles/PMC261739/. That is 5408 in 18 years or 300 per year. Have you heard of halting all international flights until the matter is investigated further?

But back to the vaccines:
The significant difference between the end of January and now is that at that time there was not much other choice available. So, we better keep going.

This time, however, we are in a situation where Astra Zeneca just can’t supply ENOUGH vaccine and governments around the world try to “fix” that problem or explain it SOMEHOW. The Irish Taoiseach (Prime Minister) Micheal Martin even thought it was prudent to seek a meeting with the CEO of Astra Zeneca to discuss the problem. As if the CEO was giggling while sitting on a stash that he doesn’t want to release to the governments of the world UNTIL Micheal Martin told him off..

So Astra Zeneca can’t deliver and there won’t be many vaccinations. People in Ireland and other countries are getting annoyed and governments try to make the process faster, but can’t and they get a lot of pressure from their people. And just in that moment a reason pops up that gives PERFECT justification to all countries to stop the use of that one vaccine for a week or so. Breathing space for politicians!!

Is anyone surprised that they JUMP On the opportunity to halt the vaccination? In one week there will be more doses, so this breathing space nicely shuts up all the complainers in media and public for a little bit.

Don’t trust ANYBODY in this Covid game!!! Everybody has an agenda!